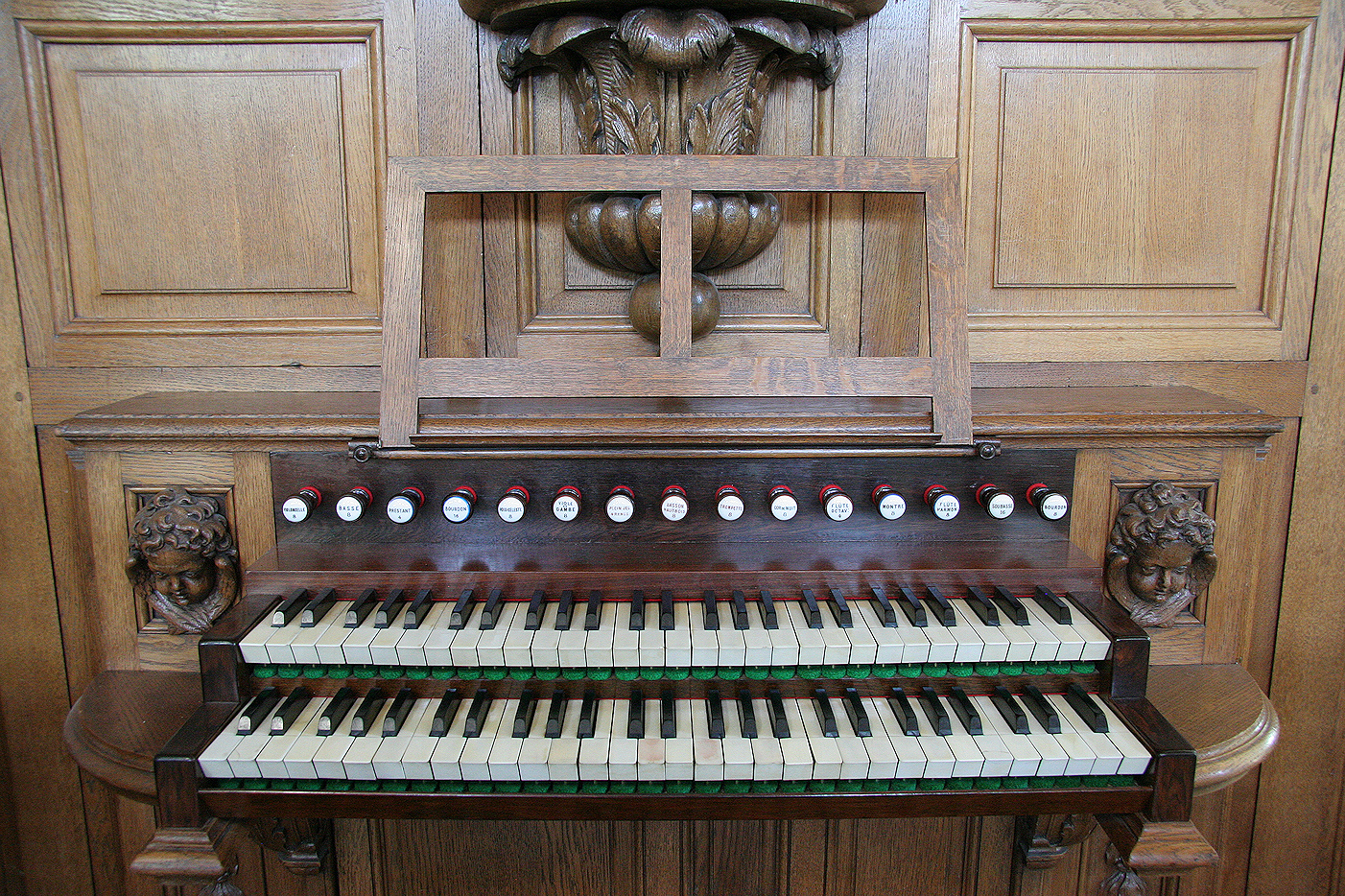 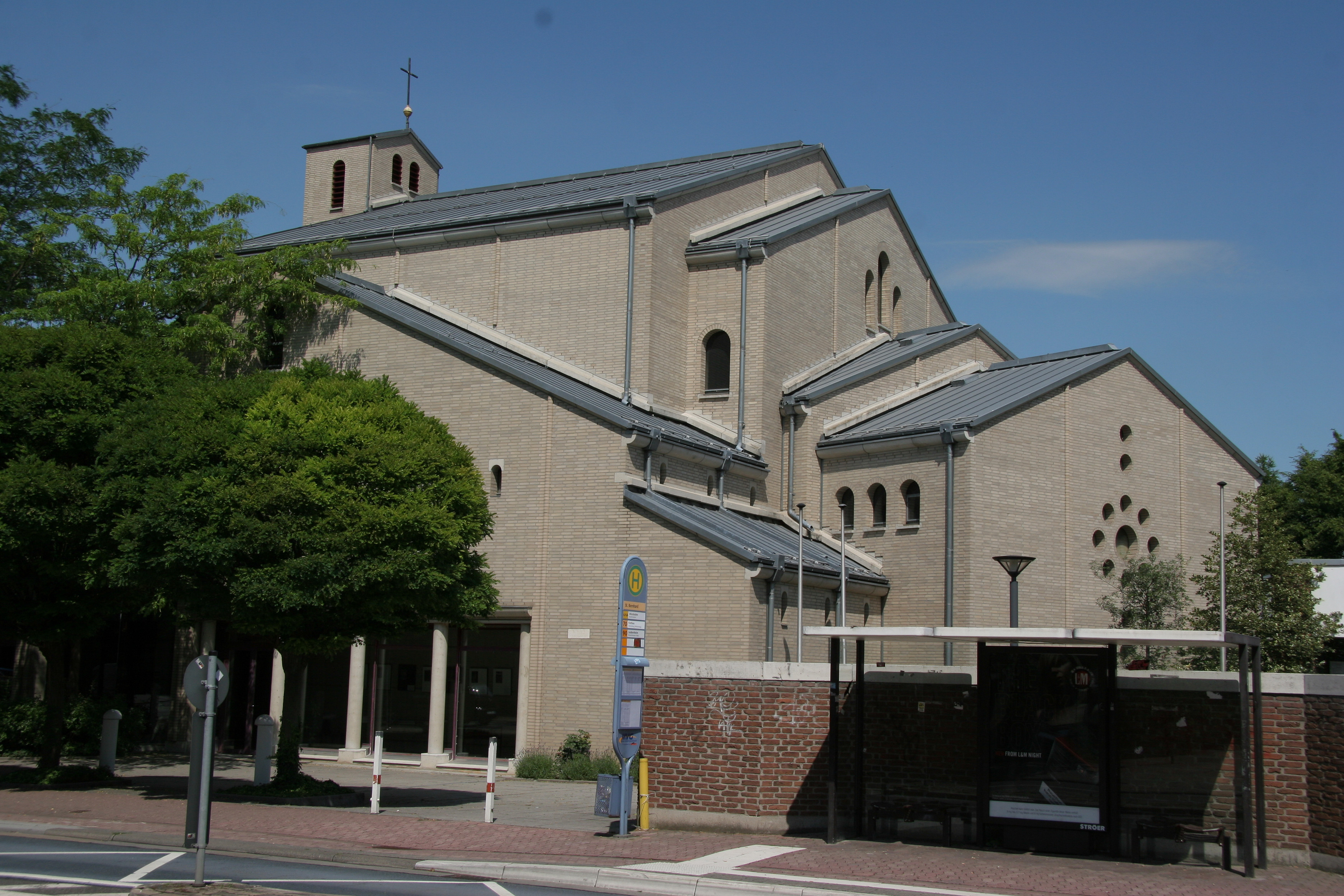 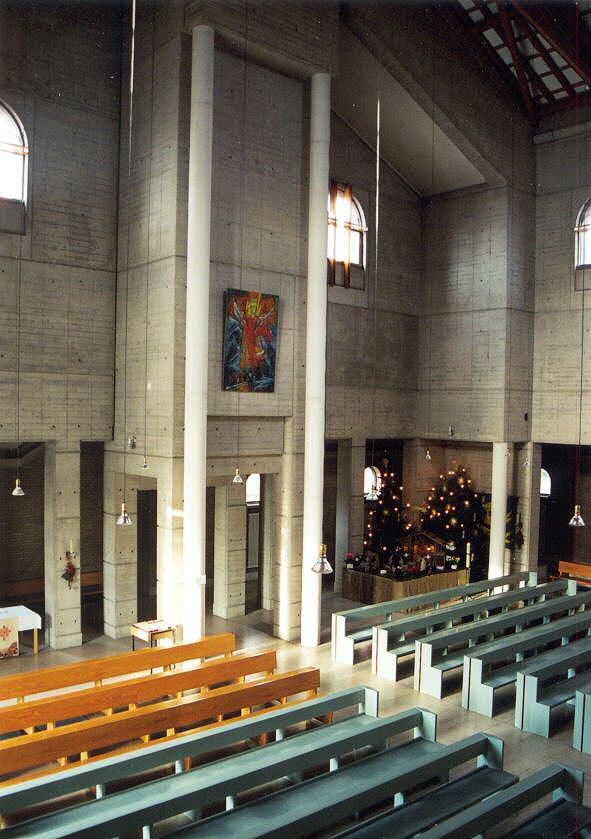 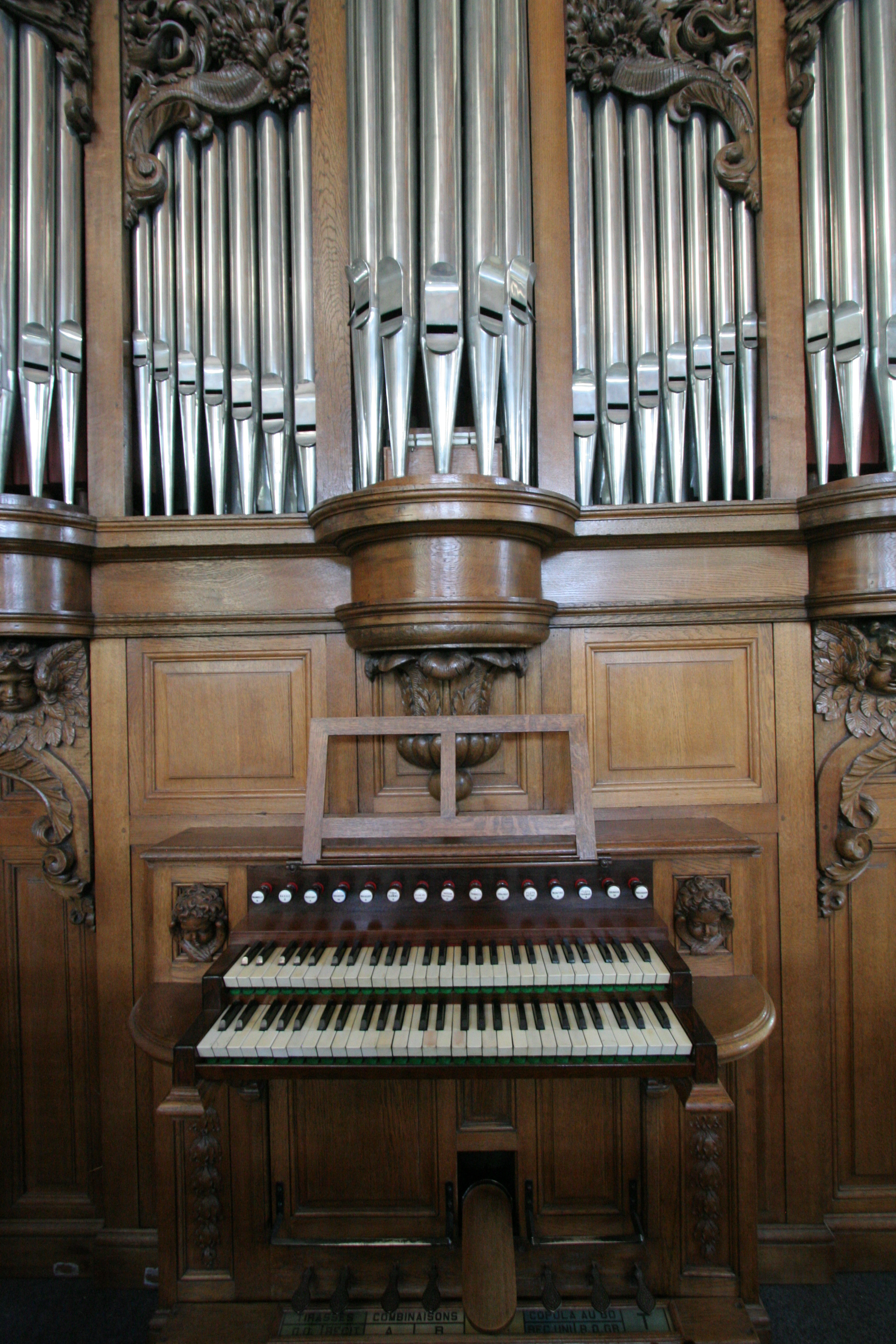 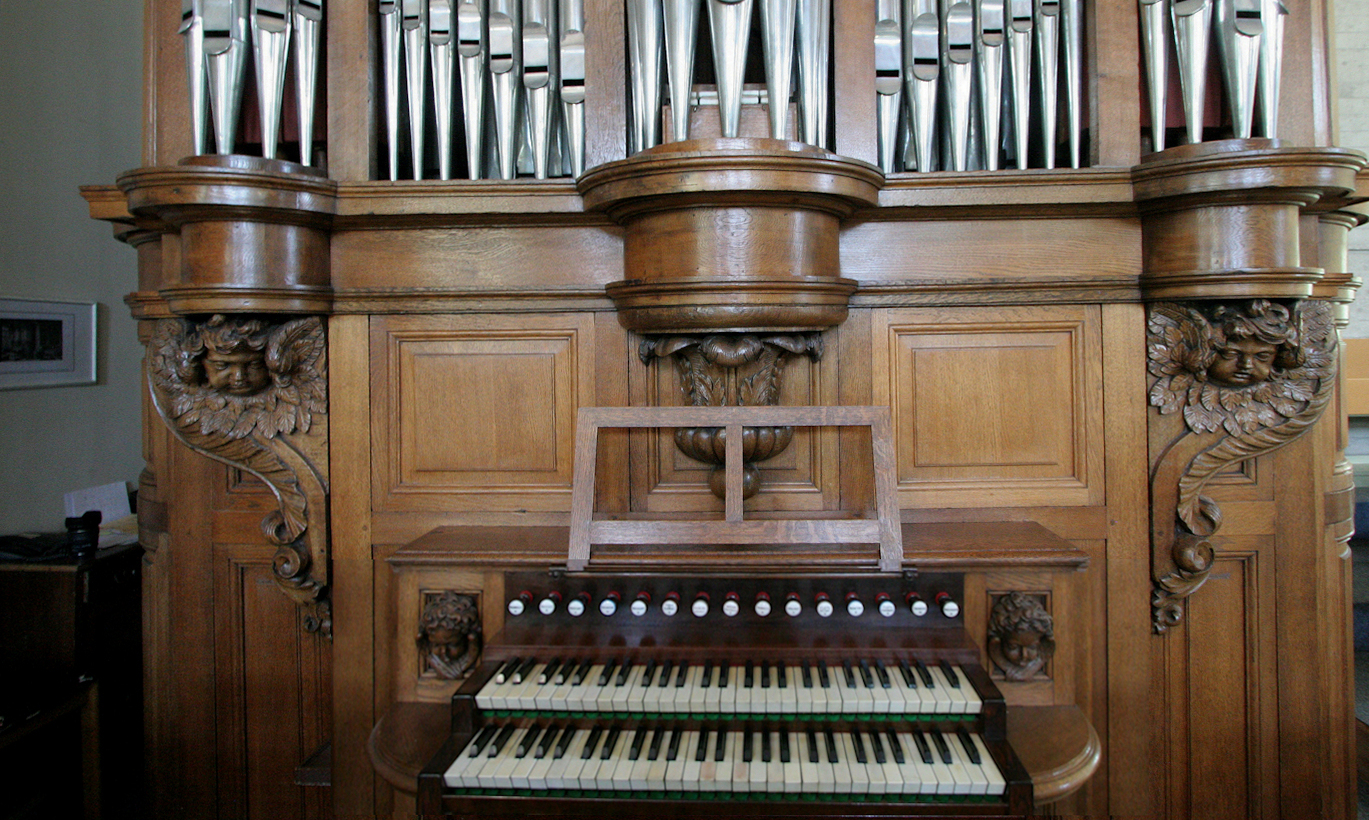 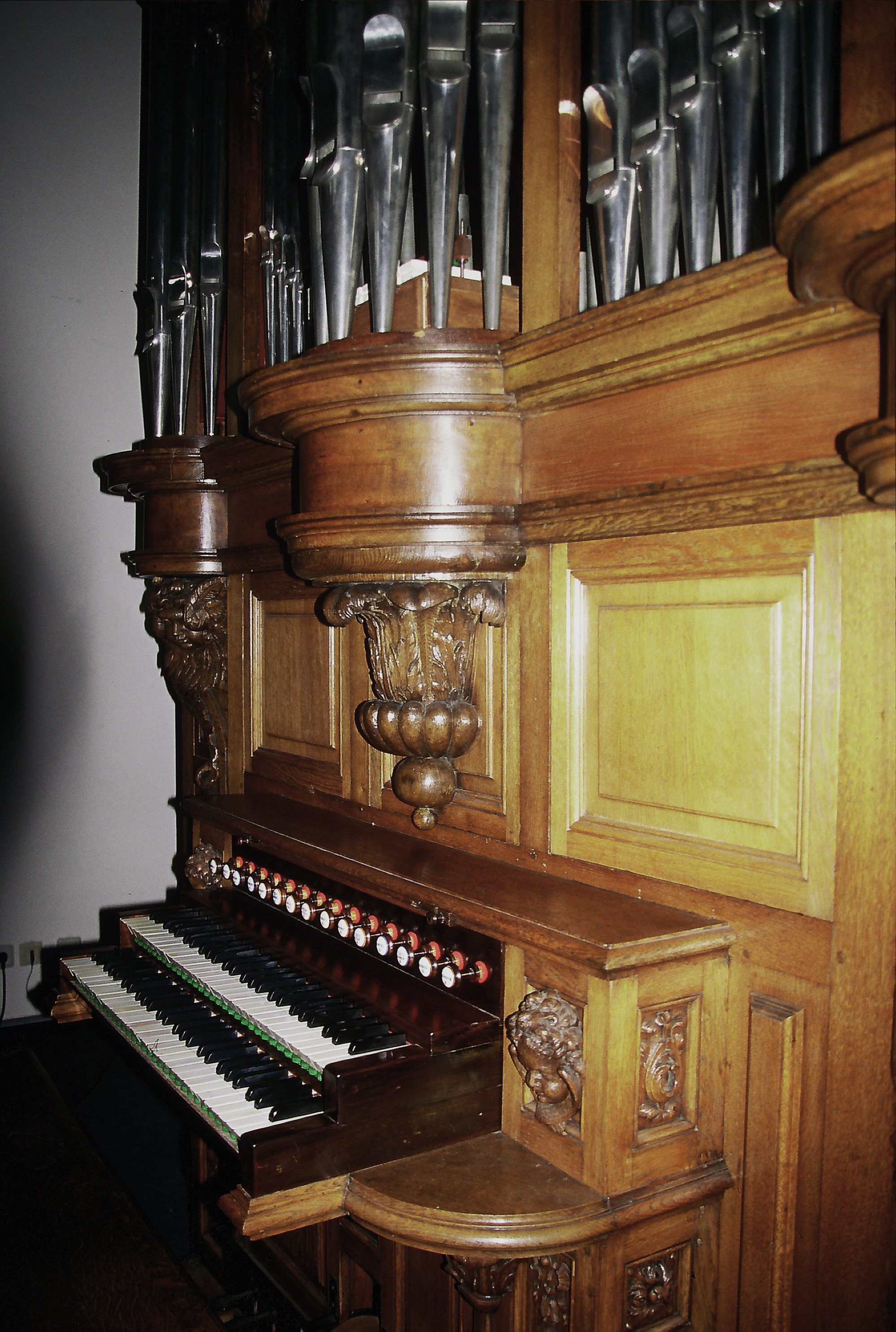 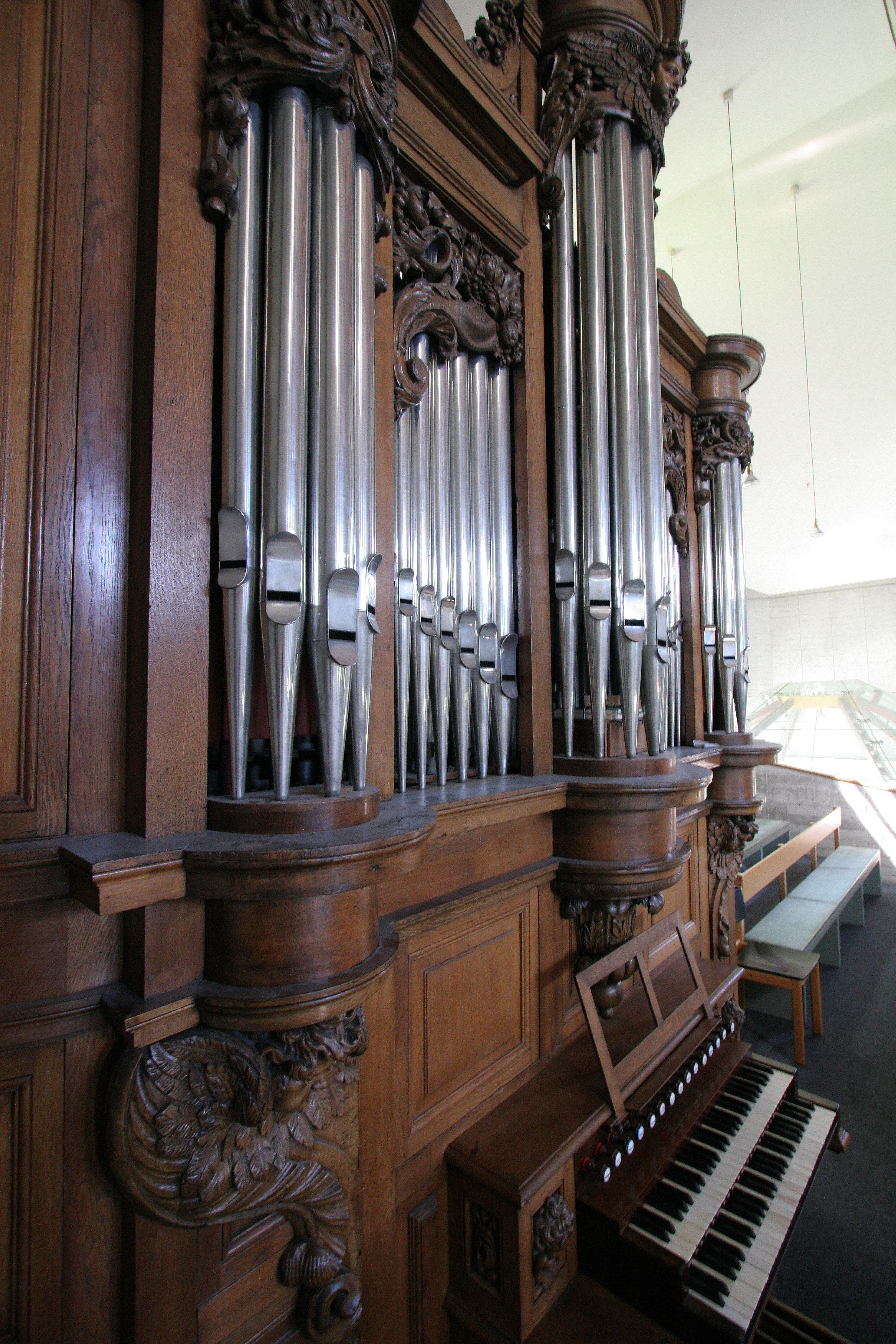 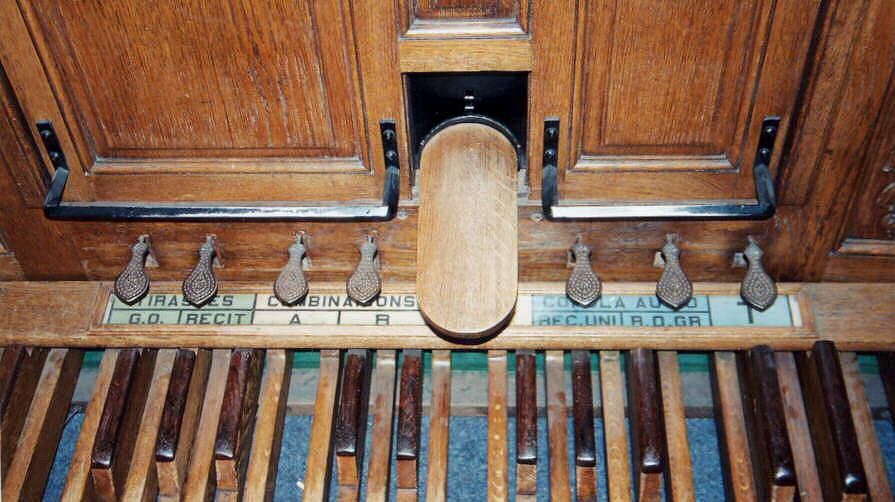 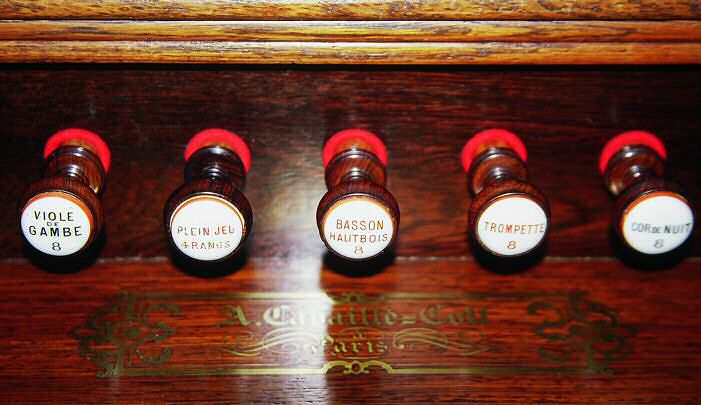 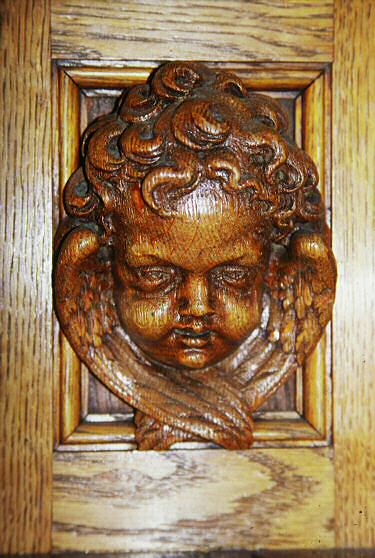 On the History of the A. Cavaillé-Coll Organ at St. Bernhard, Mainz-Bretzenheim
"To this day, the name "Cavaillé-Coll" continues to electrify the organ world that celebrated ehe 100th anniversary of his death in 1999. His works represent a highly romantic sound ideal aiming at rich orchestral colors, a good tonal blend and opulent sonority combined with tonal flexibility. Rich, saturated colors instead of lighter tonal qualities are preferred.

Aristide Cavaillé-Coll (1811-1899) is considered the creator of the so-called symphonic organ; his influence on the development of English and German organ building cannnot be exaggerated. He created a synthesis combining the classic French organ with the characteristic overblowing flutes (Flûte harmonique), the Swell Organ and (Spanish) horizontal trumpets (Trompettes en chamade) as well as (South German) strings.

In the masterworks of this acoustical engineer and researcher, we find high-quality workmanship and fine materials coupled with brilliant sound designs of individual and elegant intonation.

To numerous French composers in the second half of the 19th century, his organs provided inspiration and the inherent possibility to realize a new symphonic compositional style. The greatest organ composers in France - like Franck, Widor, Vierne to Messiaen - were deeply irnpressed and motivated by the rich sonority of his instrurnents.

The A. Cavaillé-Coll organ at St. Bernhard, the very first in Germany, has an eventful history that could be reconstructed through information by the family of the former owner, architect Patrice Comte, Paris, as well as by research of the organ builders Berger and Swiderski: the origins of the instrument go back to the seventies of the 19th century. lt was built in 1876/77 for  St. Ferdinand et Thérèse de l'enfant de Jésu, a small Paris church located on the corner of Rue St. Ferdinand and d'Armaillé, not far from the Place de l'Etoile. Unexpectedly, the congregation found the means to purchase a larger organ. Cavaillé-Coll took advantage of the opportunity, built a larger instrument for St. Ferdinand and put up the smaller organ in his workshop for testing of new techniques and as a show and demonstration instrument. The lavish design as well as the complicated mechanism of the organ show a level of organ building that Cavaillé-Coll applied at St. Ouen in Rouen (1890), so that the experts assume a date no later than the beginning of the nineties (1890-92) for the completion of the work. The organ has remained unchanged since that time.

Considerably older than the interior part of the organ is the case of massive oak. lt was quite customary for  Cavaillé-Coll to use the historic cases of predecessor organs. Parts of the organ front are more than 250 years old, as could be acurately shown by the original screws. The cabinet maker Cavaillé integrated the historic materials in a masterful way and decorated even the organ bench with corresponding friezes, scrolls and angel heads.

Patrice Comte's great grandmother Cécile (1869-1950), daughter of the Alsacian metal factory owner Jakob Holtzer, bought the organ from Cavaillé-Coll's immediate successor Charles Mutin in 1912, for her musical daughter Hélène, the best friend and first student of Nadia Boulanger. The famous organist at Paris' St. Madeleine knew and appreciated the valuable instrument standing in the Paris mansion of the family in the Rue d'Anjou until the death of the great-grandmother in 1950. In 1951 the mansion was sold and the organ transferred to the Oratoire de Louvre, the largest Lutheran church in Paris. It was in service there until the end of the sixties. In 1971, Nadia Vergniaud, Patrice Comte's mother, herself a former student of Nadia Boulanger, generously placed the instrument at the disposal of the small Lutheran congregation of Suresnes near Paris for their reconciliation church. There it served every Sunday until 1997 when a large-scale renovation became necessary for mechanical fatique and the deteriorating wind supply. In order to limit the expense, the congretation tried to do the repairs themselves, but the amateur volonteers were to realize that only an expert restoration they could never afford was going to save the organ. With the help of organ builder Francois Delangue, the parish of St. Bernhard was able to establish contact with the congregation of Suresnes and the owner. P. Comte was interested in the preservation of the instrument and the installation of the organ in an adequate place in Germany and sold the organ to the Catholic parish of St. Bernhard in Mainz.. The commitee of the parish decided on a large-scale restoration by the French organ company Claude Berger, Clermont d'Hérlaut (near Montpellier) who performed the work in conjunction with master organ builder Jean-Pierre Swiderski, Paris, with great care and diligence.

On December 17, 1999, the vicar General of Mainz, prelate Dr. Werner Guballa, consecrated the first Cavaillé-Coll organ in Germany. Daniel Roth, titular organist of the great A. Cavaillé-Coll organ at St. Sulpice in Paris, played the solemn service for the consecration and the consecration concert in connection with an international symposium for the 100th anniversary of the death of Aristide Cavaillé-Coll of the academy of the bishopric Mainz, Erbacher Hof".
(Text by Dr. Peter Reifenberg, Translation: Steven Clarc)

The church room has a medium-wet acoustics with about 3 seconds of reverberation.

I would like to thank the parish of St. Bernhard  for supporting this project. Special thanks are due to organist Wolfgang Mayer for local assistance.

The following demo pieces were recorded with the Hauptwerk software and the virtual organ sample set, with no additional effects processing.

No demo sounds may be used or transmitted in any form for public purposes without the prior written permission of the publisher!