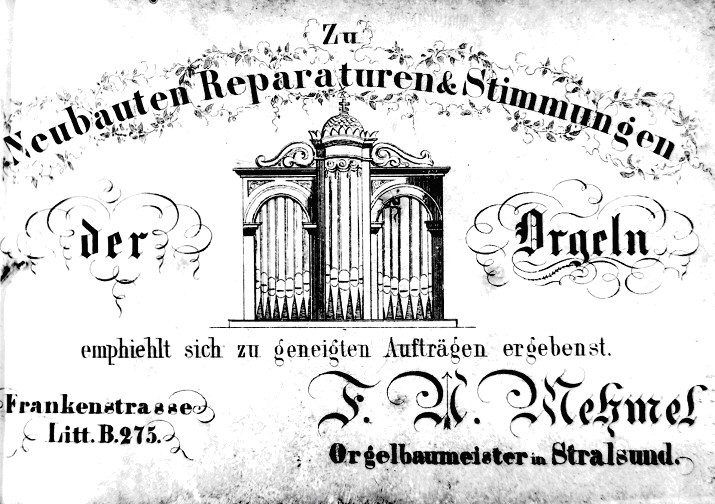 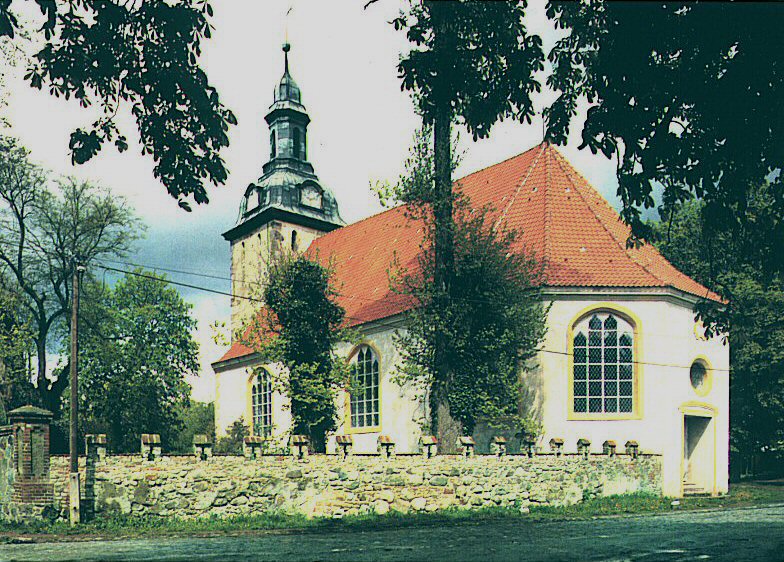 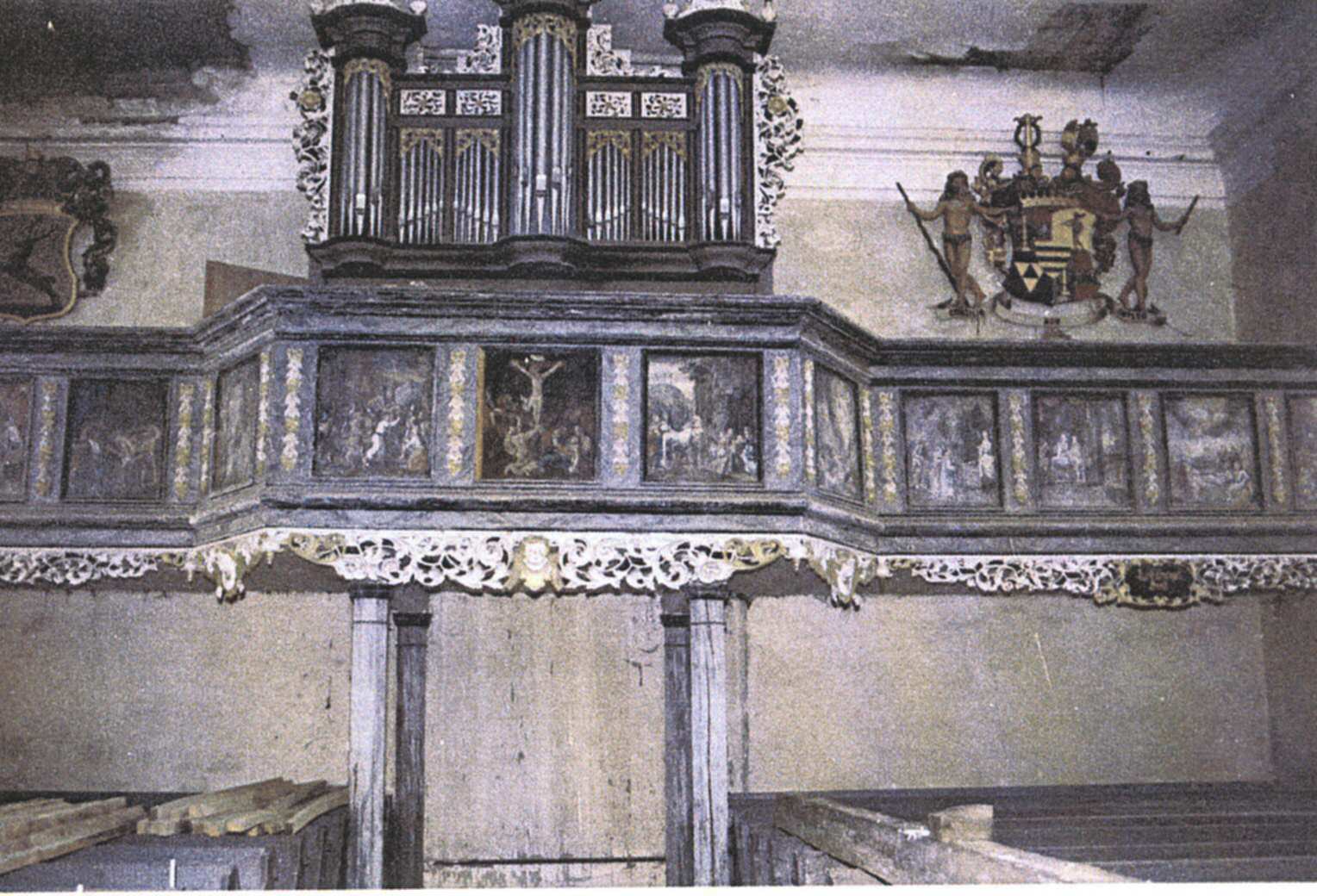 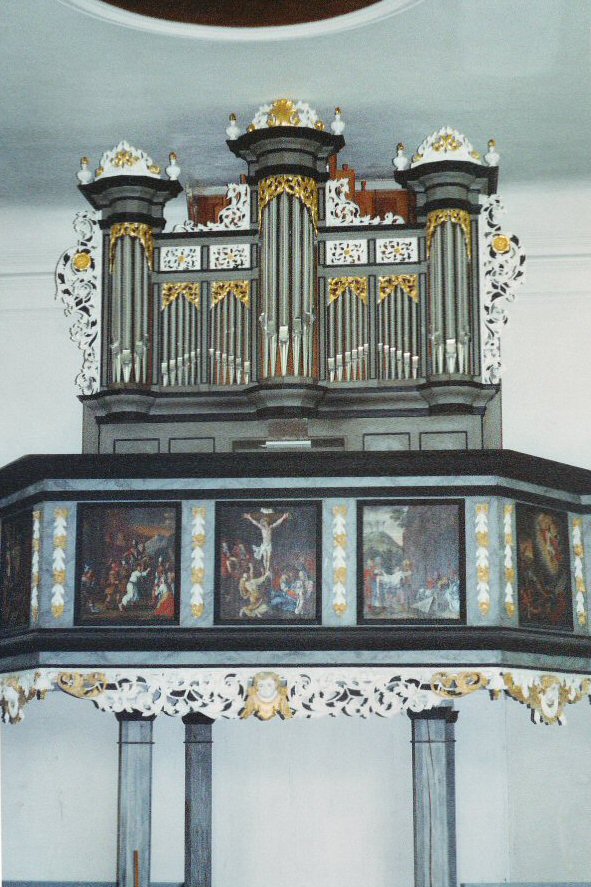 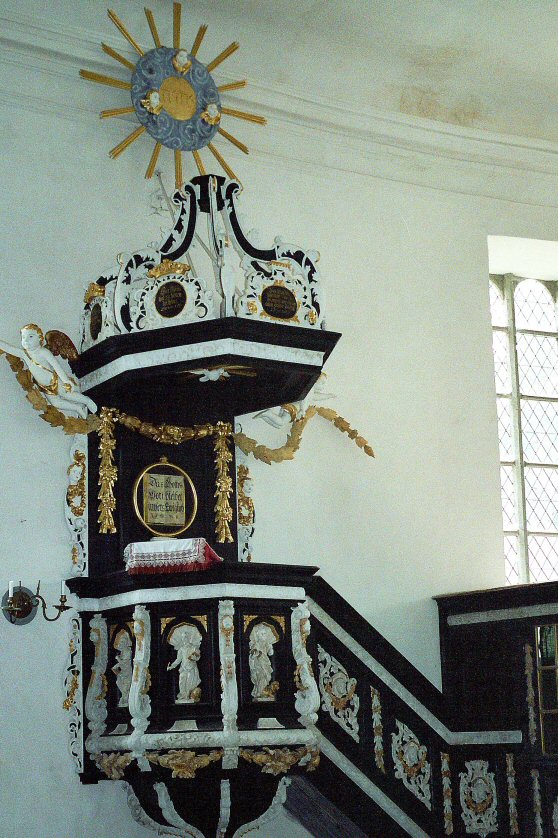 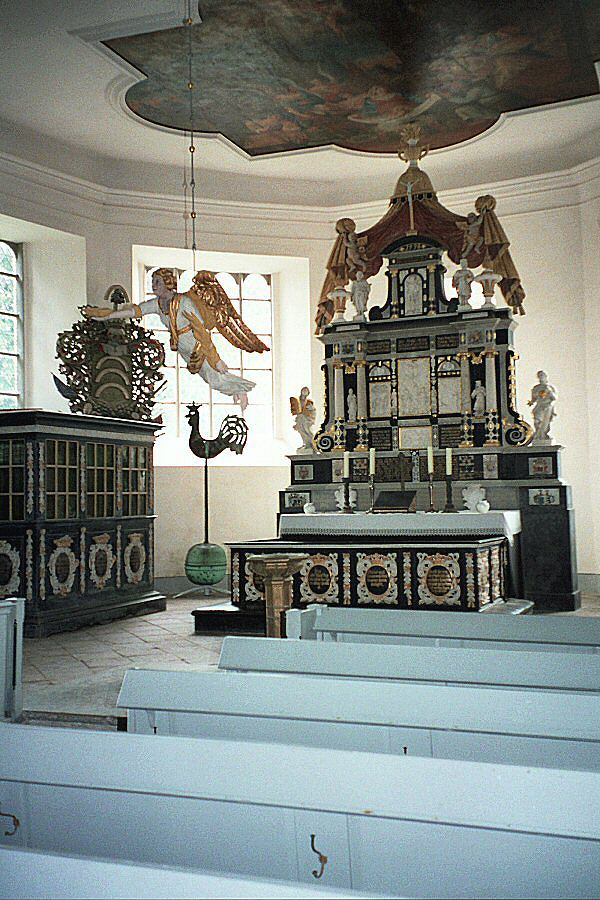 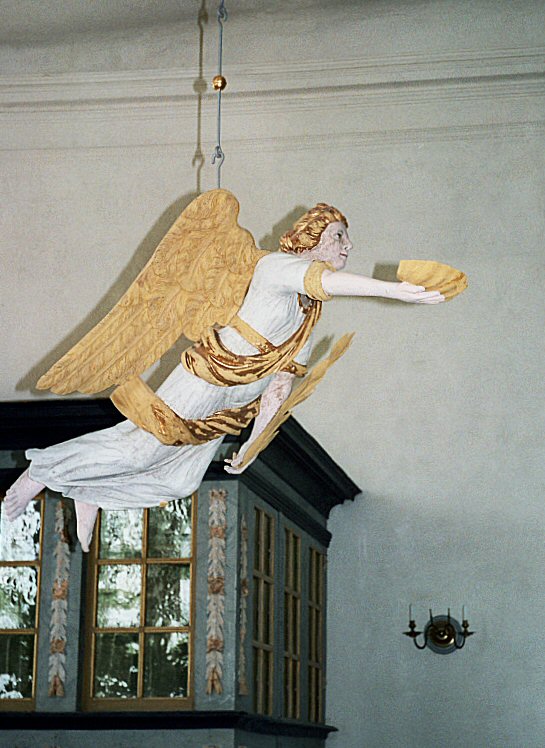 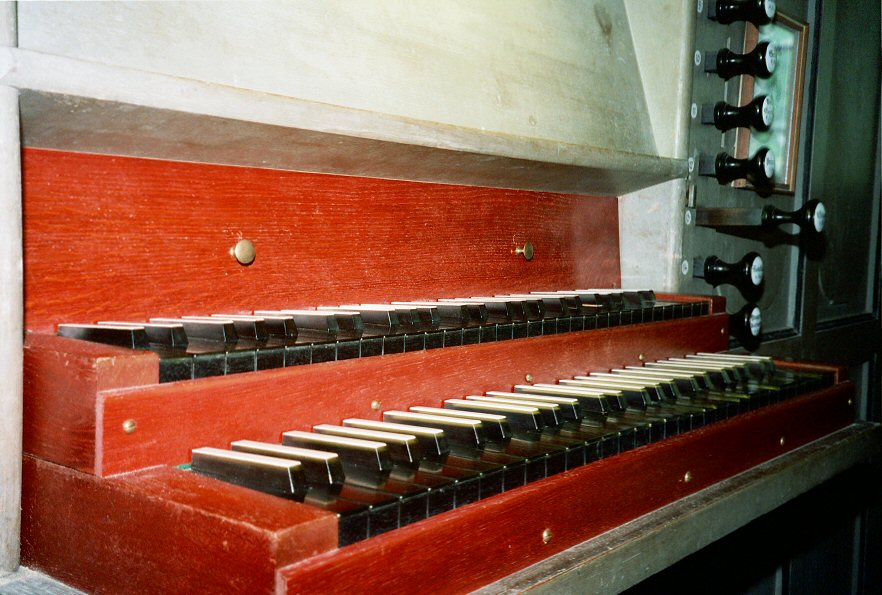 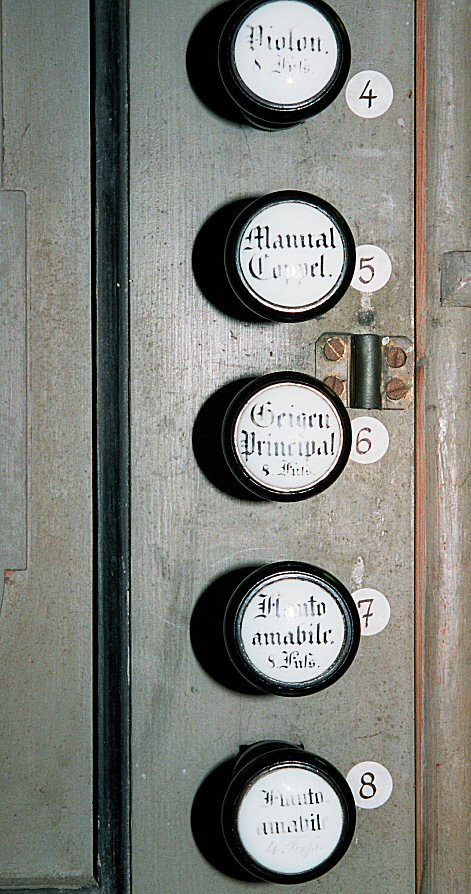 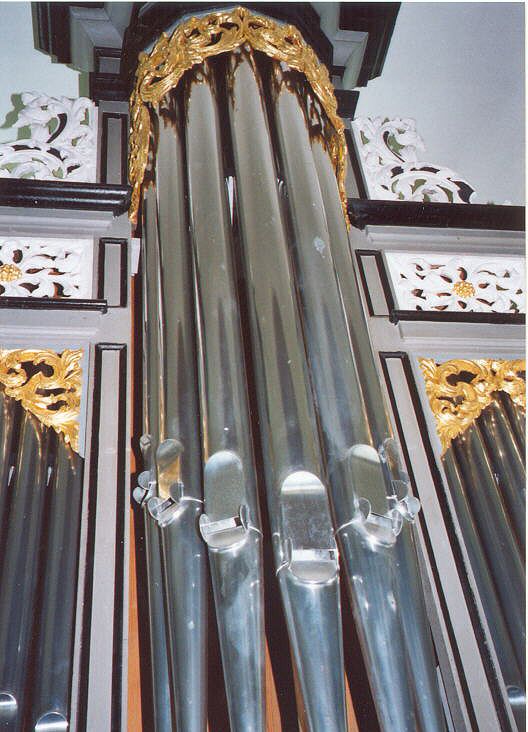 The Andreas chapel of Nehringen, constructed about 1350, owes its current appearance to the comprehensive baroque modifications of the castle church in the years from 1721 to 1726 (during the Swedish period) by the Swedish general governor for Rügen and Vorpommern, count Johann August von Meyerfeldt.

Large covering and board paintings (Crucifixion and Doomsday scenes) as well as pulpit, baptismal angel, confessional, patronage lodge and the restored Mehmel organ (1994) complete the baroque impression.  Particularly to emphasize is the highly artistic Renaissance altar of 1598.  With its marble reliefs (Italian school) it is the most important piece of the church equipment.  Nehringen village is considered as the last preserved ensemble of Swedish baroque in Vorpommern.

1945 beginning decline of the church building and closing because of increased danger of collapse. In 1984, during the DDR government (German Democratic Republic), a resolution was passed by the upper church consistory, to give up the historical church. After intense protests of the parish against this resolution, the search for donations was started.  Thanks to generous donations by the American partnership of St. John's parish (Chambersburg) and the unremittingly efforts of sexton Klaus Bergemann, a retired stone-mason, the restoration of St. Andreas could take place step by step.

In 1992, after  seven years of heavy work mostly carried out by Klaus Bergemann and some volunteers, finally the inauguration of St. Andreas could take place again. The church tower was restored from 1997-98.

This organ represents a small romantic organ (slider chest type) without reed stops, found typically in village churches at Mecklenburg and Vorpommern during the 19th century.  The warm basic sound, the strings, like Viola di Gamba and Geigenprincipal, as well as the special tonal qualities of the Flauto amabile, which are influenced by Cavaillé-Coll, are typical features of Mehmel organs. The Progressio Harmonica, a non-repetitive mixture with a softer sound, even enables playing Bach with amazing clarity. The organ was installed in 1868 into the extended case of the baroque predecessor organ, which couldn't be restored. With the beginning decline of the church, the Mehmel organ was partially damaged by vandalism and wasn't playable any more. Restoration then fortunately could take place in 1994 by organ workshop Sauer, Frankfurt/Oder. Damaged pipes as well as the Principal front pipes (lost during world war I) could be reconstructed, thus saving this charming instrument. During summertime regular concerts take place in Nehringen.

The church room has semi-wet acoustics with about 2.5 seconds of reverberation.

I would like to thank the parish of Nehringen - especially Mr. Klaus Bergemann - for great support during the difficult recording process. Special thanks to organist Dr. Markus Funck, Stralsund, for contacts and preparations.

The following demo pieces were recorded with the HW software and the virtual organ sample set with no additional effects processing.

© OrganArt Media, all rights reserved
No demo sounds may be used or transmitted in any form for public purposes without the prior written permission of the publisher